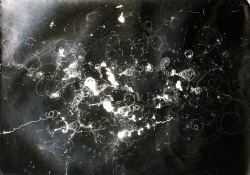 This project has derived from the visual representation of balance displayed through a spinning top. The experience of balance during this process was recorded by replacing the upright section of a spinning top with a pen. The beautiful marks left behind were similar but unpredictable and chaotic. This chaotic and unpredictable system can be represented and given form through fractals. Fractals are mathematical patterns that contain both chaotic and order based behaviour that rely on simple rules to produce complex patterns. The pattern self-organises based upon an algorithm, which evolves to produce self similar patterns; repeating upon themselves evolving into a pattern similar at all levels.

This fractal pattern is a representation of the processes and traces the spinning top created, it puts form to an unpredictable and chaotic system. The fractal represents the balance of order and chaos and this experience is felt when entering the space in the transition from the chaotic city through to the calm barbican.

The pattern serves as a basis for a public realm seating arrangement, intended to bring the user to a balanced state through sculptural forms and material texture. Transcending them from a busy city through to the relaxing calm Barbican. 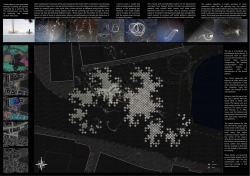 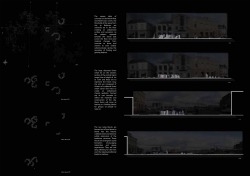 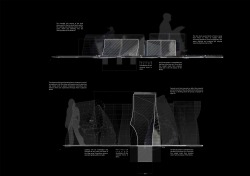 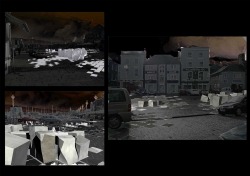